Click to get them in your inbox every week! 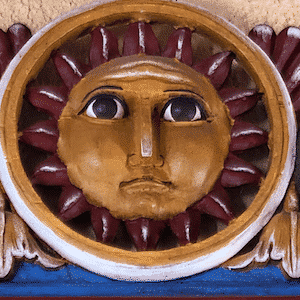 I was called for Jury Duty this month. Like most of us in the juror pool I wasn’t thrilled on that day in October when we would find out our assignments for November. “It’s inconvenient,” I thought. “I don’t want to sit in judgement.” I had a litany of reasons I didn’t want to be there and was sure that when selection day came I would not be assigned to a trial.

On selection day I was there among 40 or so others. I was happy to learn there were only five trials for the month. I was certain that with my distaste for it all and such good odds I would be spared! As we waited we talked amongst ourselves about how we hoped we would not be assigned and we all had stories about past experiences as jurors.

When the tally was made I was assigned TWO trials for the month! Seriously?  How could that happen? The whole process is so misaligned with who I am and somehow I still attracted it?

As I thought more about it in the two weeks before the first trial was to begin I realized that in my resistance I attracted exactly what I said I didn’t want. I aligned with what I had resisted! After all, Law of Attraction brings us the object of our focus. Every time. Here, the object of my focus had been about being seated on a jury and past experiences when I was. So the Universe didn’t hear the “I don’t want” condition of the argument. It never does. The object was all that came through. And my resistance was so strong that it came through twice!!

So today was the first of the two trials. I still had some resistance but tried to keep it in check. I am aware that I didn’t do a very good job, though. When I called Friday to see if the trial was still on I hoped and hoped that it was not. Unsurprisingly it was, and with a bit of emotional kicking and screaming I showed up at the courthouse this morning. I was the first one there. And as the rest of the jurors came in we all engaged in a progressive conversation, mostly about the trials we could have been on and weren’t and what we thought of those defendants. I was completely absorbed in the trials I was not on, now.

A few minutes later the judge came into the holding room. He announced that we would begin in about five minutes. He went on to call my name. I replied that I was present thinking he was calling attendance. He looked at me and said, “You’re free to go.”

That was it! I was off the jury! No explanation, the proceedings hadn’t yet begun. But I do know what shifted. I was no longer in a state of resistance in that moment; for the past few minutes my attention had been on cases I was not on. I was no longer thinking about not wanting to be on this one. And, lo and behold, as if by magic, I was now not on this one either!

Lesson reinforced: The Universe hears us, always, and grants us our requests, always. It matters how we ask, though. With care as to how we ask for what we want, and guidance from how we feel when we are asking, manifesting really does become magical.

Give it a shot this week! And scroll down and add to the Comments to let us know how it goes! Remember, the more you share your journey of (re)Discovery with like-minded folks, the easier and more powerful it becomes!

Follow Now!
Dr Mark Arcuri
Author. Speaker. Coach. at Transformational Life Guidance
Dr Mark Arcuri is an internationally recognized Author, Speaker, and Integrative Wellness & Life Coach. His mission is to connect with others in a variety of meaningful, creative, and spirited ways, allowing for transformational alignment leading to extraordinary growth and wellbeing!

This site uses Akismet to reduce spam. Learn how your comment data is processed.